Our Executive Director, Christian Elongué has met with Professor Vivian Yenika-Agbaw at the IBBY Africa Regional Meeting in Accra. In this article, we are presenting her and her contribution in the promotion of more inclusivity and representation in Children literature in the US and in the African diaspora.

Vivian Yenika-Agbaw is a professor of literature and literacy in the College of Education’s Department of Curriculum and Instruction at Penn State, a mentor to many Penn State students, and an advocate for marginalized peoples. She is the author or co-editor of several books and a leading U.S. scholar of critical content analysis of children’s and young adult literature, Yenika-Agbaw currently serves on the editorial boards of the Journal of Adolescent and Adult Literacy, the Journal of Children’s Literature, Language Arts, and The Dragon Lode. She is the first Black person to be elected to the International Research Society for Children’s Literature (IRSCL) board (serving 2017-2019) since the formation of the organization in 1969.

She has spent her life studying and analyzing hierarchical systems of oppression and race relations. Through her writing and teaching, she encourages compassion, empathy, inclusivity and social change.  My aim is to identify those who are marginalized and work to include their voices through literature,” she said.

Originally from Cameroon, the course of her research was shaped by her own youth and education. She earned a bachelor of arts in English language and literature from the University of Yaounde, Cameroon; a master of arts from the University of Connecticut in English education; and a doctorate from Penn State in curriculum and instruction with an emphasis in language and literacy education, and expertise in children’s and adolescent literature. 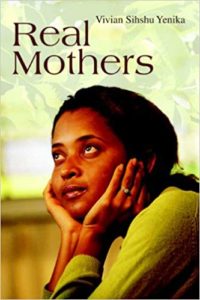 When she became a Penn State professor in 2008, she began to teach her students about hierarchal systems of oppression and race relations, how this manifest through the stories we privilege in the classroom and other curricular materials.  Yenika-Agbaw’s articles and research focus on representing historically marginalized groups, including those marginalized by race, ethnicity, gender, class and disability.

What she’s learned in her research has led her to dedicate a large portion of her life to issues of social justice, engaging educators in constructive dialogues about literature and literacies, and the ultimate goal of developing a curriculum of possibilities that is expansive and inclusive in its approach and, as such, acknowledges our rich diversity.

Through her published scholarly works, she seeks to improve a U.S. public school curriculum that is frequently oblivious to the social, home and real life experiences of underprivileged children. “Think about fairy tales,” she said. “You have young children in elementary school thinking about dolls and ‘Happily Ever After.’ The stories tell us that we are all princes and princesses, but by and large, the books do not capture the experiences of children of color.”

One of her most widely read articles, “Taking Children’s Literature Seriously: Reading for Pleasure and Social Change,” examines the shortcomings of focusing solely on pleasurable readings of literature, and advocates for a critical multicultural reading of texts that confronts issues of power and social injustice.

Another article examined the impact of the lack of representation in literature of African-American and African children. The issues she raises in “Images of West Africa in Children’s Books: Replacing Old Stereotypes with New Ones?” — are about how stereotypes in children’s books might impact children of color’s perceptions of themselves. The article reminds readers of these children’s omission in books, and the implications of frequently rendering them invisible in children’s books, a topic that is now part of a larger national dialogue with the emergence of the WeNeedDiverseBooks movement.

“People on the margins all feel pain, but it doesn’t mean we are victims. There are many different ways of fighting for social justice; my tools are my research and my writing for the next generation.”

Mainstream literature’s failure to encompass a wide variety of cultures may cause an academic conflict for children whose reality differs from ideas they encounter and learn in the classroom, explained Yenika-Agbaw.

Creating possibilities for all children

Her research has motivated Yenika-Agbaw to create her own stories, stories with which children of color can identify.

“A Day with Papa,” (Amazon) set in Cameroon, encourages young boys to respect parents who earn an honest living regardless of how menial the job might be. In this case, human dignity is privileged over the stigma of lower class based on what one does for a living, she said.

“I like to give children agency,” said Yenika-Agbaw, “and in my research I’m hoping that I’m creating possibilities for all children.” She donated 150 copies of the book to children who live in the region of Cameroon where the story is set, and helped launch the first-ever public library in that community in March 2016.

Through her work, Yenika-Agbaw aims to raise awareness about misrepresentations and inaccuracies of the experiences of minority populations in children’s and adolescent literature, among the Penn State community and the world at large, and to instill empathy and encourage others to be kind and work to understand each other.

And it has really been a pleasure for our Executive Director to meet her during the IBBY Africa Regional meeting in Accra. We are looking forward to collaborative projects promoting reading for youths in Cameroun and Africa at large.